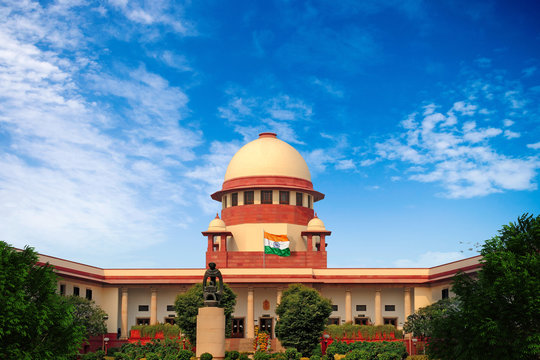 The Hon’ble Supreme Court of India has held that the Accident Information report reporting the initial details and findings has to be submitted to the MACT and the Insurer within 48 by the Police Authorities.

The Supreme Court has directed police stations to send accident information reports to Motor Accident Claims Tribunals and insurers within 48 hours of the road mishap.

“The jurisdictional police station shall report the accident under Section 158(6) of the Motor Vehicle Act (Section 159 post 2019 amendment) to the tribunal and insurer within first 48 hours either over email or a dedicated website,” the Supreme Court directed.

This is part of a set of eight directions issued by the court to prevent delays in disbursement of compensations to victims. These directions should be uniformly practised by the police, motor accident claims tribunals and insurers across the country.

A Bench of Justices S.K. Kaul and R. Subhash Reddy ordered the Centre to launch a national online platform, which could be operated and accessed across the country for submission of accident reports, claims and responses to claims, etc. This would end the distress felt by victims when accidents happened in places other than their native State.

The recent order came on a suggestion from Narasimha Vijayaraghavan and advocate Vipin Nair, who highlighted the independent online platforms already in existence in Tamil Nadu and Delhi for the purpose.

However, the court said every State having its own online system would hamper efficient adjudication of claims.

“Each State having an independent online platform for submission of accident reports, claims and responses to claims, will hamper efficient adjudication of claims, especially where the victim of the accident is not a resident of State where accident has occurred… Therefore, Central government shall develop an online platform accessible to the tribunals, police authorities and insurers throughout India,” the Supreme Court directed.

Next hearing on May 4

Additional Solicitor General Jayant Sud, for the Centre, said the government would discuss and report back to the court a deadline for the implementation of the national online platform. The court scheduled a hearing on May 4 for passing further directions in this regard.

As part of its eight directions, the court has fixed specific time-frames for the legal process concerning accident claims so that victims need not have to wait, often hopelessly, for financial relief caused by the injuries or death of a loved one, who may have been the sole bread-winner of the family.

This includes the submission of a detailed accident report by the police, complete with documents necessary for the computation of compensation, to the tribunal and the insurer within three months.

The tribunal should issue summons along with the accident report or the application for compensation, as the case may be, to the insurer by email. The insurer should reply with their offer for settlement/response.

After passing the compensation award, the tribunal should email an authenticated copy of the award to the insurer. The insurer should satisfy the award by directly depositing the awarded amount into a bank account maintained by the tribunal by RTGS or NEFT.

“For this purpose the tribunal shall maintain a bank account and record the relevant account details along with the directions for payment to the insurer in the award itself. Each tribunal shall create an email ID peculiar to its jurisdiction for receiving the emails from the police and the insurer,” the court ordered.

Among other directions, the court directed insurance companies throughout India should also create an email ID peculiar to the jurisdiction of each claim tribunal. These email IDs would be prominently displayed at tribunals, police stations and the offices of the insurers for the benefit of the claimants. Similarly, these email IDs shall also be prominently displayed on the website maintained by the tribunal and the insurer.